Jo Ann's Rundown Of The Past 48 Hours 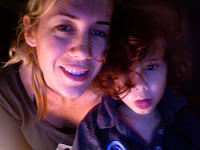 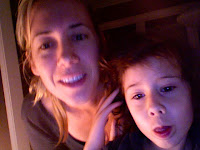 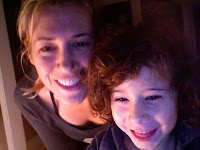 The past 24 hours has been tough.

I had every intention of going to my class last night–but as I was going to leave, I did one more check on Pablo and his fever had spiked... AGAIN.

Here's the basic protocol for an after hours fever: Call the on-call oncologist at the hospital. If there is a fever over 101 degrees, you need to get to the ED (Emergency Dept) and get checked out... They access the port, draw blood and start an antibiotic drip. The antibiotic is a 12-24 hour bacteria killer, and they like to follow up the next day with another dose. So, you call the urgent care department at the clinic in the morning and let them know about your evening, and they schedule you in for a follow-up.

In our case, on our Wednesday morning follow-up, we were not given an antibiotic because Pablo's fever had subsided and it had been deemed viral. They did the blood tests and all of his counts were good. They did a urine test (to make sure there was no infection in his kidneys) and everything came back negative.

By Wednesday night, Pablo's fever was back up - 103 degrees. I called the hospital and spoke with the on-call oncologist, Dr. Davidson. She was amazing and soothing, because at this point, I was a bit of a wreck...and being new to all of this, I was scared. She told us to prepare to come to the hospital, but give her 10 minutes to call our oncologist, Dr. Mascarenhas. She called back and told us we could stay at home and give Pablo Tylenol, but to call her if the fever continued. Of course, we didn't have Tylenol in the house and Motrin is not good for Pablo because it can affect his platelets (who knew?). So off the drugstore with my mom....

After Pablo's warm bath, we gave him the grape flavored goo which he resisted, but eventually swallowed down. He went to sleep in our bed and continued to cook. And, I mean COOK. My mom and I changed his drenched shirt three times over the course of a few hours. We woke
him to take another dose of Tylenol at 11:15 p.m. Pablo was so mad at me for waking him - he refused to take the medicine... and this is not like him - he crawled into my face and YELLED, "NOOOOO, I'm NOT taking it." Jeff and I stayed calm and cuddled him as much as he would
allow, and eventually he took the medicine. He went back to sleep on me and we slept soundly and warmly for the next four hours. Pablo woke up around 3:30 a.m., exactly four hours later and still with a fever... So one more dose, another wet pajama change and a trip to the potty and we were back in bed.... I got up with Grady and took him to school, arriving home as Pablo and Papa were waking. Pablo's fever did not go away, and we went back to the Urgent Care. They decided to give him the antibiotic again and do another round of labs. Again, blood levels look good...

As I write this, Pablo has a low fever. Dr. Mascarenhas is leaving town this evening for a few days, so he called to check in with us. He said that he feels that Pablo's fever is viral or that it could be caused by the chemo killing the tumor cells. I'm visualizing his strong boy lion body preying on and destroying those nasty cancer cells quickly and efficiently!

I called the on-call oncologist again and he wants us to keep an eye on Pablo's temp again this evening. If Pablo's fever doesn't break by tomorrow morning, we may be back at Urgent Care.... Today, I asked them if we were the first family to be there three days in a row and the nurse smiled and shook her head, "No, honey..."

Sending so much love and gratitude to our army of supporters out there....

Letting you know that we are sending cool energy your way...Thanks for keeping us informed. We're part of your world.
Love & Light,
Mary Kay, Matthew, Luke & Amelia

We missed you last night. Thank you for taking the time to update as I've been thinking of Pablo non-stop since this fever thing started. I, too, envision his strong body attacking those cells with everything he's got! Rock on, Pablo.

Ooooh this sounds so intense! How hard it must be now to figure out what is "normal" and what isn't! I feel for you guys in the trenches. You are constantly on my mind and in my heart.