I have come to love this Pablove across the world business. It's cool to follow the dots around the globe, and to figure out a theme every time I get enough pictures to weave into a post. Today, I don't have to come up with a theme. Dangerbird's Sydney, Australia band Dappled Cities made it easy. Lead singer Dave Rennick wore his Pablove shirt all over Oz, as the band did promotion for its new album 'Zounds.' The band's manager Troy Barrott was an old friend of Pablo. They spent a lot of time together when Troy lived in LA. Troy and his family sent Pablo a very cool gift last summer—'Never Mind Your P's and Q's Here's The Punk Rock Alphabet.' We loved paging through that book. I remember one time the band came over to our house for dinner or something, and Pablo thought a band of pirates had invaded our crib. Not because they had swords and muskets—because of their gnarly accents.
I'm pretty sure Pablo sprinkled some butterfly dust over his piratical Aussie homies—'Zounds' entered the Australian chart this week as the #1 indie record.
Check out the Pablove Tour Down Under: 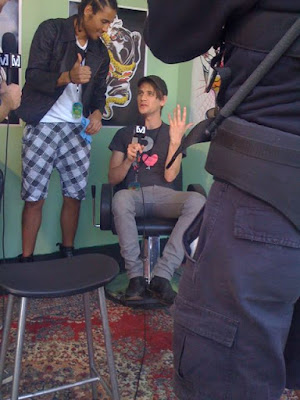 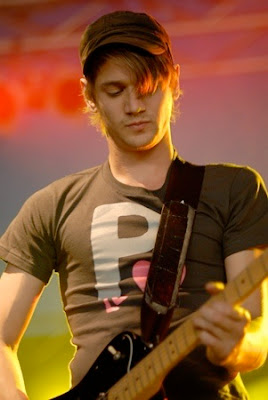 Onstage at the Splendour In The Grass festival (above and below) 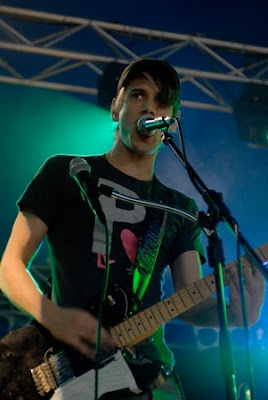 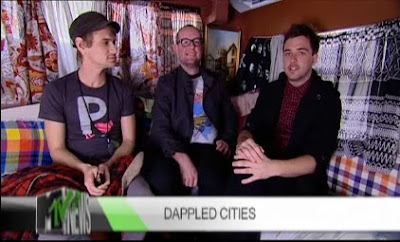 Pablove is everywhere - LOVE IT!

It's true Jeff. Lil' Pablo did sprinkle some magic on all of the boys (and myself) when they met him. I remember Pablo was talk of the band van that day...'what a cool little kid' and the like...and I remember another band I managed once coming VERY close to using a portrait of Pablo as the front cover of their debut album. He touched people quickly and deeply and still does, as evidenced by Dappled Dave's private, yet very public gesture Down-Under. With love. The Pirate Captain and Dappled Cities xx

As you know so well, the passage of time never really heals the tragic memory of such a great loss, but we carry on, because we have to, because our loved ones would want us to, and because there is still light to guide us in the world from the love they gave us